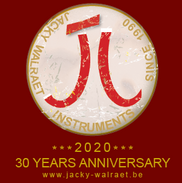 designed and handcrafted with

The story behind "SHARED STORIES"

The 'Shared Story' begins when luthier Jacky Walraet and guitarist Guillaume Muschalle first met at the 'Musicora'-musical-instruments-show in Paris, June 2018. Guillaume simply felt in love with Jacky's iconic archtop jazz-guitar 'The Beetle', "un coup d'foudre" ! Being both jazz-nerds, it immediately connected between the two gentleman. To follow up on that special meeting Jacky invited Guillaume for a private concert in Belgium and brought him into contact with his friend and great guitar player Peter Hertmans. Initially, the CD recordings were planned to take place in Jacky's workshop, but after a sparkling jam-session Peter suggested to do the recordings in his studio. Philip Catherine was asked as special guest, Philip agreed ! The guitarists made the music, the luthier made the guitars, participated during the recording sessions, the mixing and the concerts. This is, in short, how the 'Stories' grew, interconnected and finally were 'Shared' through this beautiful album.

"It all started in 2018 when I met them, Jacky and his "Beetle" guitar. This time my

experience was not comparable to what I was used to; It wasn't me who played the instrument but the instrument that played me… and of course, at that point I could not imagine the story to which this would lead."...

The album was presented in 'avant premiere' during 4 concerts in Belgium in december 2021 together with Peter Hertmans (4 concerts) and Philip Catherine (1concert).

Please find some video's of those concerts on this page.

• Recorded and mixed by Peter Hertmans

• The 5 guitars used in this album were 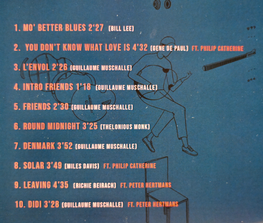 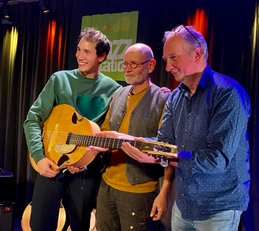 You can buy the fysical album as well, also to support the artist 🙏 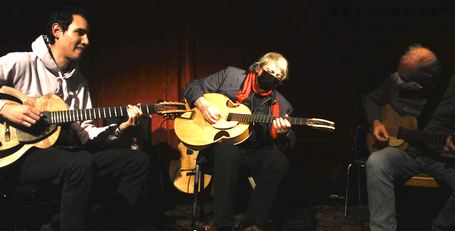 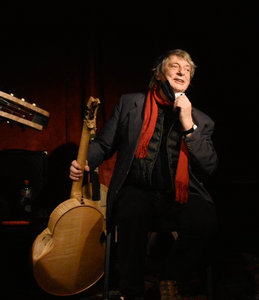 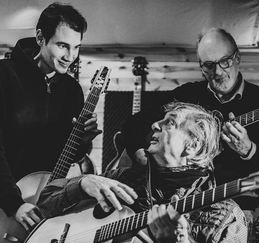 About the concerts
"The French guitarist Guillaume Muschalle and the Belgian guitarist Peter Hertmans sounded like soulmates. Two guitars combined in a virtuoso musical conversation which at the same time is melodic, engaging and surprising together with roots in jazz and classical music. A unique atmosphere is created through the performance of their own compositions. Melodic, harmonious and therefore comprehensive for every listener.

For this concerts they played on original guitars made by Jacky Walraet, which made this experience even more unique!" 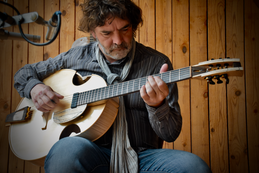